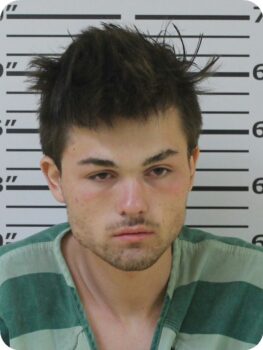 A suspect in multiple thefts who was arrested last Friday was served Wednesday with charges for several additional property crimes.

Deputies of the Carter County Sheriff’s Office had been investigating a series of auto thefts and auto burglaries in the Hunter, Keenburg and Milligan communities. On Thursday, April 14, investigators identified a suspect and subsequently issued warrants for Rodney Keith Kelly III. Kelly was located and apprehended the following day.

Investigators also found Kelly in possession of evidence linking him to numerous other auto burglaries and thefts that were committed in at least five other jurisdictions where charges will be pending.

Kelly is currently being held in the Carter County Detention Center on a $112,000 bond. His next scheduled court appearance is April 29, 2022.